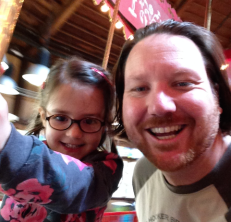 My littlest baby is four! How can this be?! I just went back and read her three year old post and lots has changed and there’s a lot that’s the same. She still loves to snuggle just as much as she always has. She still sucks her thumb when she’s tired (usually only in the car and at bedtime) although the pediatrician wants her to stop now that she’s four. She still wakes about once a night about every other night or so. She just wants to come give me a snuggle and go back to bed. How come they never go over to Daddy’s side of the bed?! (spoiler – it’s because he doesn’t wake up).

One thing that has changed greatly over the past year, really since March, is her eyes. In May she got glasses and in December she had eye muscle surgery. We had her six week checkup just after her fourth birthday and they are very pleased with the results. We have not noticed crossing when she has her glasses on at all since the surgery. No matter what, this doesn’t seem to slow my girl down at all. She’s been totally resilient and unfazed by the whole thing.

Since last year, she’s started at a new school. It’s still Montessori, but now she’s in a public magnet school which is a tiny bit closer to our house than the other private school (and much more affordable). She seems to be adjusting well and enjoying herself.

She still wants to do all the things her sister does, but we’ve talked her into playing the cello instead of the violin. She’ll start lessons in the fall. She’s into Daniel Tiger and can play alone in her room with her stuffed animals and dolls for hours on end, making up big stories about what all the characters are doing.

She had an amazing birthday party at the Carousel and we celebrated at home with pancakes and ice cream cake for dinner.

We had a quick, but wonderful, trip to Florida for the holidays. I was able to take most of the week off from work and really relax on the trip. We did about a million Christmases, saw my niece in the Miami City Ballet Nutcracker, snuck in a trip to the zoo and got back in time for an uneventful New Years. 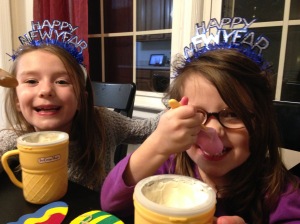 1. The Sparrow Sisters by Ellen Herrick
2. The Immortal Life of Henrietta Lacks by Rebecca Skloot (Cathy’s Book Club)
3. Oryx and Crake by Margaret Atwood
4. Breaking Night: A Memoir of Forgiveness, Survival, and My Journey from Homeless to Harvard by Liz Murray (My Book Club)
5. Life and Other Near-Death Experiences by Camille Pagán
6. After You by JoJo Moyes

*Back posting for December, as I realize I never blogged about this!

Starting in March 2016 we saw one episode of S’s eyes crossing uncontrollably. Then six weeks later it happened again. Her doctor quickly ruled out anything neurological and we were sent to a pediatric eye doctor. After several follow up appointments the crossing was increasing frequency to several times a day. We started with glasses, then bifocals and then in December she had eye muscle surgery. She was an absolute champ and recovery was not bad at all. She wouldn’t open her eyes the first day but but the second day she was doing a lot better. She hated the ointment we had to put in them, but overall she did really well. This experience was WAY BETTER than M getting her tonsils and adenoids out. Surgery was on a Thursday. She was out of school only Friday and was back by Monday. She had a follow up appointment on Monday and then another at six weeks post-op. Her eyes were red on the inside of the white part only (closest to nose) and only for less than 10 days. All in all not too terrible! 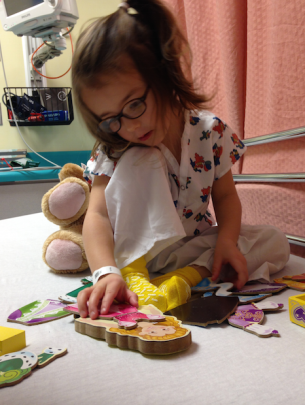 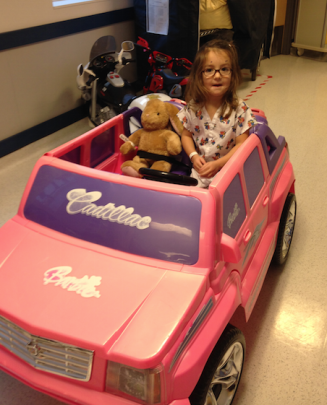 We continued our family tradition of going to our local park to see Santa. S asked for a scooter and M asked for a sleeping bag.

Our town has a BIG turkey day race and a smaller kids only race the weekend before. The kids can run up to 2 miles. M actually did it – she ran 2 miles and I think she loved it! Both races have become wonderful traditions for us lately. R’s mom even came to visit and help us cheer him on this Thanksgiving. The kids and I handed out hot chocolate at our church’s tent. It was a great time! 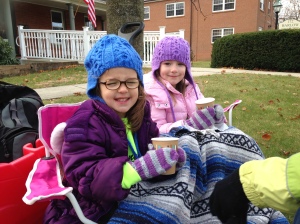 Posted in Uncategorized | Leave a comment
The True Story of What Was
Create a free website or blog at WordPress.com.