Day two post surgery was pretty uneventful and I already forget it because day three really sucked. After bath we went outside and R set off a few small fireworks. We told her it was America’s birthday and that really confused her. Our neighbor had a pretty big fireworks display and party, but luckily both girls slept through it all. 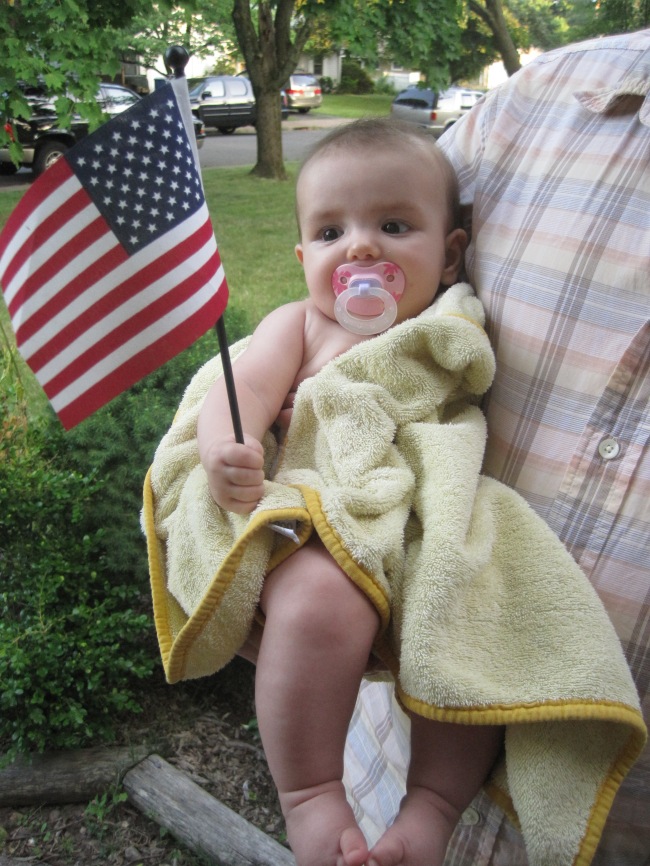 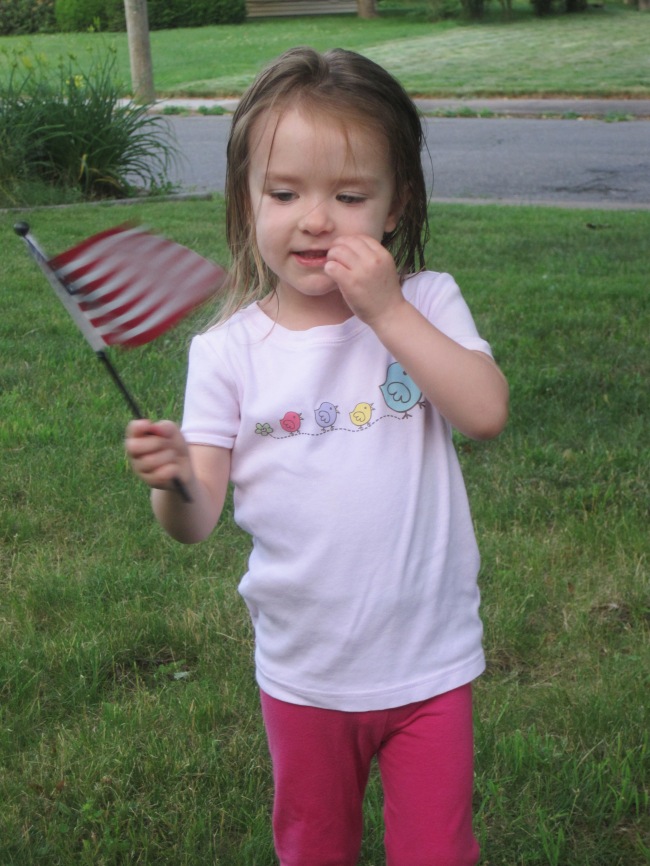 She started refusing her medications during the night between the second and third day. They call it day three post-op. So the surgery was Tuesday morning, and Friday really bit. At 2am on Thursday night R and I were fighting about the best way to get her to take the medicine. I was offering money and he was telling it how it was – you MUST DO THIS. Friday morning we had an eye appointment for S that both Ryan and I went to. My mom and dad stayed home with M. She seemed just ok in the morning, worse than before but not so bad that I cancelled that appointment or a conference I had with her teacher at 11am. When we called on our way home from the doctor mentioned we might bring her a muffin or something my dad said she really needed a special surprise or something. I got her a cupcake. She picked at it and then pretty much went to bed for the rest of the day. She was up and upset two times or so then went back into her room to go to sleep on the queen air mattress on her own. At this point she had not pooped since Wednesday because the medicine and the anesthesia can both cause constipation. She still wasn’t complaining of any specific pain. I decided to call the ENT and they said day three is one of the hardest days (and then day 6 or 7 when the scabs fall off). So, we powered through. She ended up getting up about 9pm or so. Since she was drenched in sweat several times that day and because a shower always makes me feel better when I’m sick – I got her to take a shower with me. Once we were all clean, I went back to bed with her on the air mattress in her room.  We continued to wake her up to give her the medicine last night, as the ENT confirmed we should. She struggled badly again at 2:30am and ended up with a pillow and hair full of medicine and the maple syrup we cut it with. (She figured out she can spit it out – awesome). The Tylenol and Motrin taste fine, but she hates the prescription pain medication. We’re still alternating the Tylenol and Motrin, but decided yesterday and today to just do the prescription with the narcotic at night. She just seemed so out of it and exhausted yesterday evening.

We woke up at 7am – wahoo! R is on S duty in the morning, since I’m in M’s bedroom with the door shut and A/C on. I don’t know if she really slept that late or if that’s when one of her poor tired parents finally heard her crying (me). But, she survived the morning even if she cried for an hour, so that’s good. But I think tonight I’ll leave the door open, even if the cool air will escape ;)

Today was better than yesterday. She finally pooped, but did complain that her stomach hurt a few times today. She didn’t eat as much as she has been and she won’t open her mouth very wide for food. She doesn’t want to stick her tongue out either. I can tell it really needs to be brushed, but oh well.  She said she can’t because there is something in her throat. Also today she complained for the first time about her throat and ears hurting. She took her medicine like a champ today and got a tic-tac and lots of high fives after each time. She certainly had some hard times today too and was totally ready for a nap, asking to go lay down at lunchtime. She woke up in a fit from her nap – as she’s been doing the lsat few days, wanting us, crying and screaming, but not wanting to be touched or held. Eventually she settles down and were able to comfort her. It’s hard to watch, but she does this sometimes even when she’s not ill, so it’s not unheard of. We gave her plain Tylenol instead of the narcotic today, alternating with the Motrin. I think that’s why she was ok with the medicine, it wasn’t the bad tasting kind. We also set the timer for 20-30 minutes and made her take a drink each time it went off.  At 9pm we’ll go wake her for the prescription but I don’t think we’ll wake her for pain meds tonight and see how she does. I’m going to keep sleeping with her until she’s off the meds during the night for a few nights. I can see now why people let their kids sleep in their bed. It’s so nice snuggling up next to her and falling asleep. What a sweetheart she is. The recovery is tough, but not as bad as I thought it would be, and she’s totally stopped snoring and mouth breathing. I am so proud of her – she’s being so brave and cooperative! 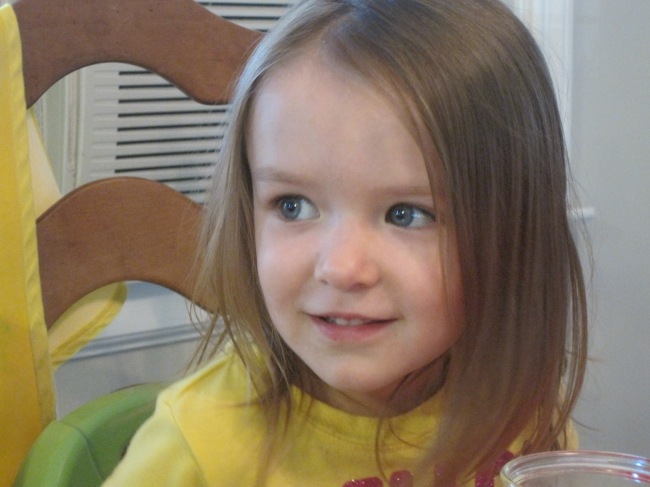 This entry was posted in Miss M., Uncategorized. Bookmark the permalink.