What a whirlwind weekend!  On Saturday morning, Miss M and I headed to Boston to visit my cousin, Amy.  I was a little nervous about a solo road trip with the kid, but there was no reason to be.  It’s only about an hour and a half drive to Boston, and I’ve learned to time road trips with nap times, so she slept the whole way there.  M and I parked at the Children’s Museum and headed over to check out the Occupy Wall Street protesters near South Station. 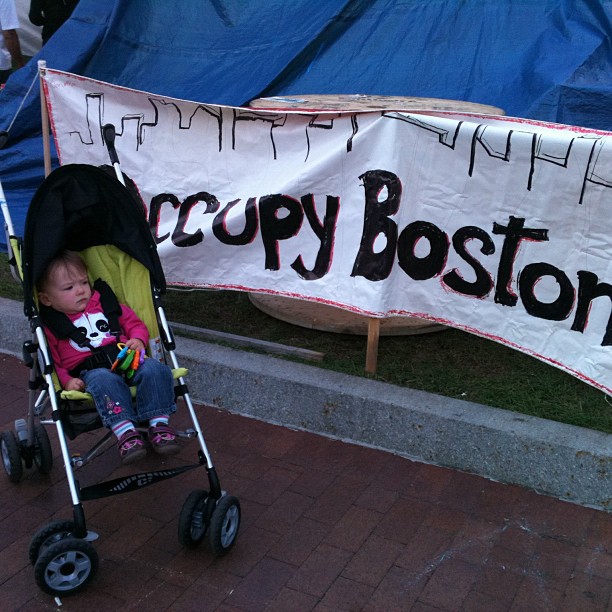 It was pretty unexciting.  People were just milling around.  There were about 30 people standing around a person with megaphone who was telling people about the logistics, like where the media tent was, where you can smoke and where you can’t and asking for volunteers for certain things.  All in all pretty uneventful.

After we met up with Amy, we headed over the Children’s Museum.  We checked out the 0-3 play space, where M especially liked the groceries and shopping basket. 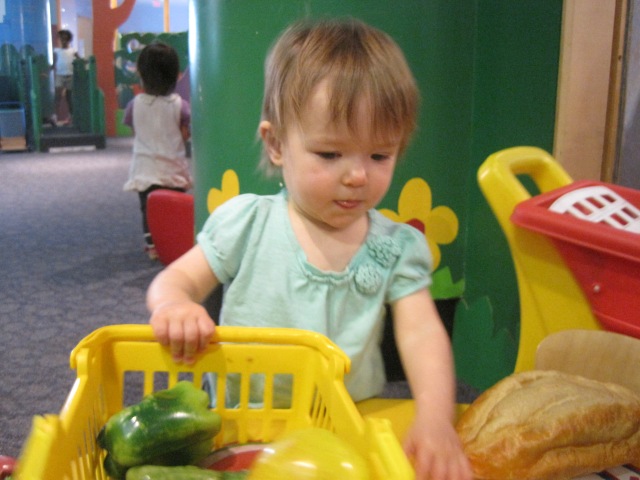 After she finished her shopping, we headed over to the bubble room.  She liked watching Amy blow bubbles and liked putting her hands into the bubbles.  But soon she got tired and starting rubbing her eyes, and thus rubbing the soapy water in her eyes.  So we washed her face and headed out to Amy’s new apartment. 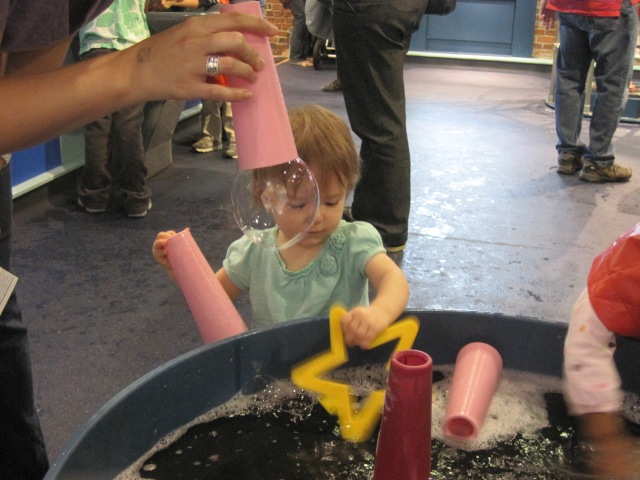 Amy’s apartment is in the super cute and uber Italian North End of Boston.  She has a 24-hour bakery within walking distance.  Luckily she lives on the four floor of a building with no elevator, so she can eat as many pastries as she wants. We trucked the pack and play and all our gear up the steep old stairs to Amy’s adorable apartment.  She was kind enough to give us her room.  After settling in and refusing a nap, we headed back out to explore Boston.  We went to the Holocaust Memorial, got gelato, walked by a movie set, visited the farmer’s market, visited the Old North Church (the location where the famous “One if by land, and two if by sea” signal is said to have been sent), did some window shopping at Faneuil Hall Marketplace, swung by McFadden’s (home of the New England Gator Club) and finished off the day by wading in the Canal Fountain on the Rose Kennedy Greenway.  Even though M was pretty tired and spaced out by the end of the day, the cool water in the fountain sure brought her back around.  She loved it.  She wanted to put her hands in the water too.  She walked right over to the water shooting up, and didn’t hesitate to touch it. 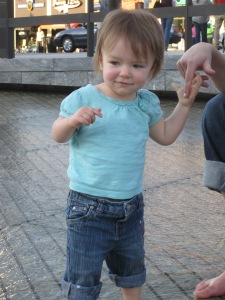 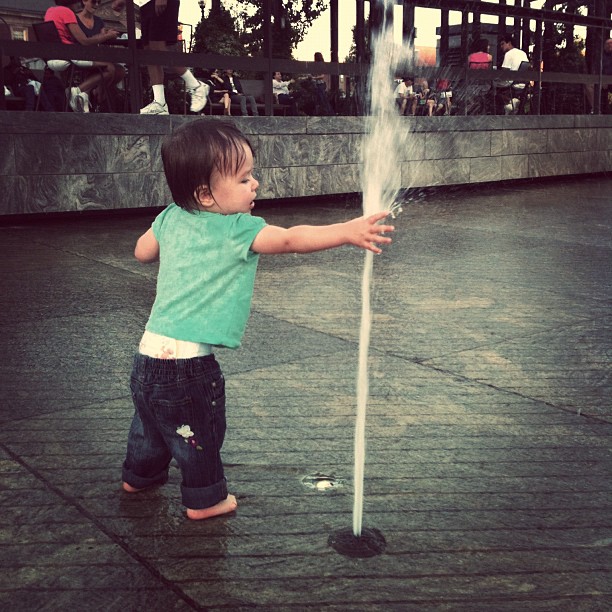 After the fountain, we headed back to Amy’s apartment, got into our soft clothes, ate pizza and cannoli, kissed ourselves goodnight in the mirror and headed for bed early. 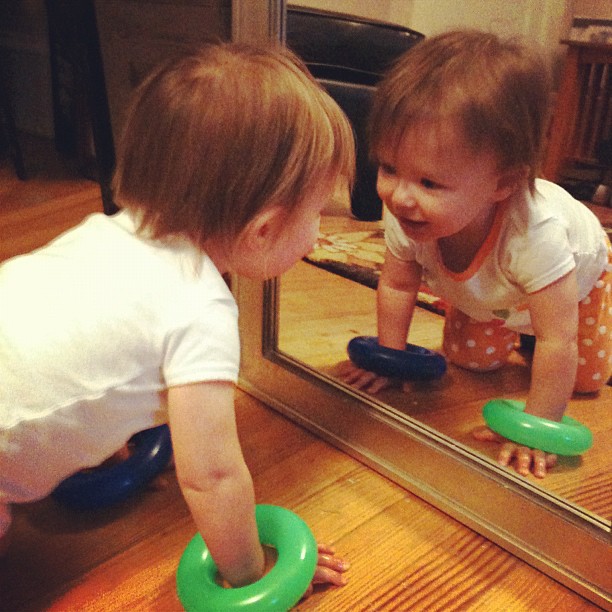 Miss M slept all night and we enjoyed a lovely brunch with Amy before heading home 24 hours after we arrived.  It was a great trip and so good to see Amy!

This entry was posted in Family, Miss M., Travel. Bookmark the permalink.

2 Responses to Girls’ Weekend In Boston